In addition to keeping an eye on the foliage and branches of your tree, you should also keep an eye on its trunk. Sometimes, an obvious problem such as a physical injury will notify you of an issue. Other times, trunk problems may have less obvious signs that you may only detect if you look closely.

Here are four of these subtle trunk red flags that may be worse than they look and could mean your tree is dying and will need to be removed.

1. The trunk has small holes in it

Tiny holes in the bark don't always spell disaster; they could just be from woodpeckers seeking out a meal. However, in other cases, many holes in the bark could indicate that the bark is unhealthy or dying (thus insects are living under it) or could even be from potentially fatal tree pests such as emerald ash borers.

2. The trunk has pitch on the outside of it

A little sap or pitch leaking out of a tree may not obviously signal disaster, but it can be a red flag. In some cases, a small and fairly superficial wound could cause a little sap or pitch to leak out through the bark of the tree. But in other cases, leaking or weeping bark could indicate a very serious condition.

Slime flux, for instance, which can kill your tree, may cause sap to ooze out. Or a disease such as canker, which may also kill the tree, could cause it. If you notice this sign, have your tree professionally diagnosed so you can decide whether it needs removal.

3. The trunk has an indented ring around it

An indented area all the way around a tree's trunk could mean that the tree has been girdled at some point in the past and has grown outward so that its bark is now covering the girdling object (perhaps a wire or a rope). Since the bark has grown around it, you likely can't remove this object. But it could still kill your tree by pinching off the flow of sap and nutrients in the trunk.

4. The trunk has lichen and fungi

Lichen can grow on the bark of a healthy tree, but often much larger groupings of lichens live on a tree that's dying. Typically they're not the reason the tree is dying (they're more like scavengers), but they can still be a red flag that your tree's condition is worse than you thought. Mushrooms on a tree trunk may also mean that the trunk is rotting.

These signs can help you identify when your tree's trunk is telling you that your tree's condition is worse than you previously thought. If you suspect you need tree removal, contact your local tree removal service today. 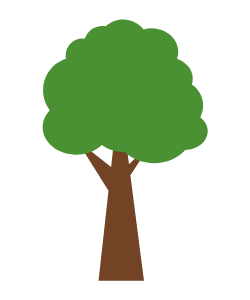 Tree care is essential, especially if you have a mature yard. Over time, you could be faced with problems such as overgrown trees, debris dropping onto your roof, and even problems with overgrown roots messing up concrete. Although each of these problems on their own might seem relatively minor, the damage they can cause can be extensive, and create all kinds of issues for you and your family. Fortunately, by doing what you can to quell problems, you may be able to prevent issues and keep the yard you have and love better than ever before. Find out great tips about tree service on this blog.